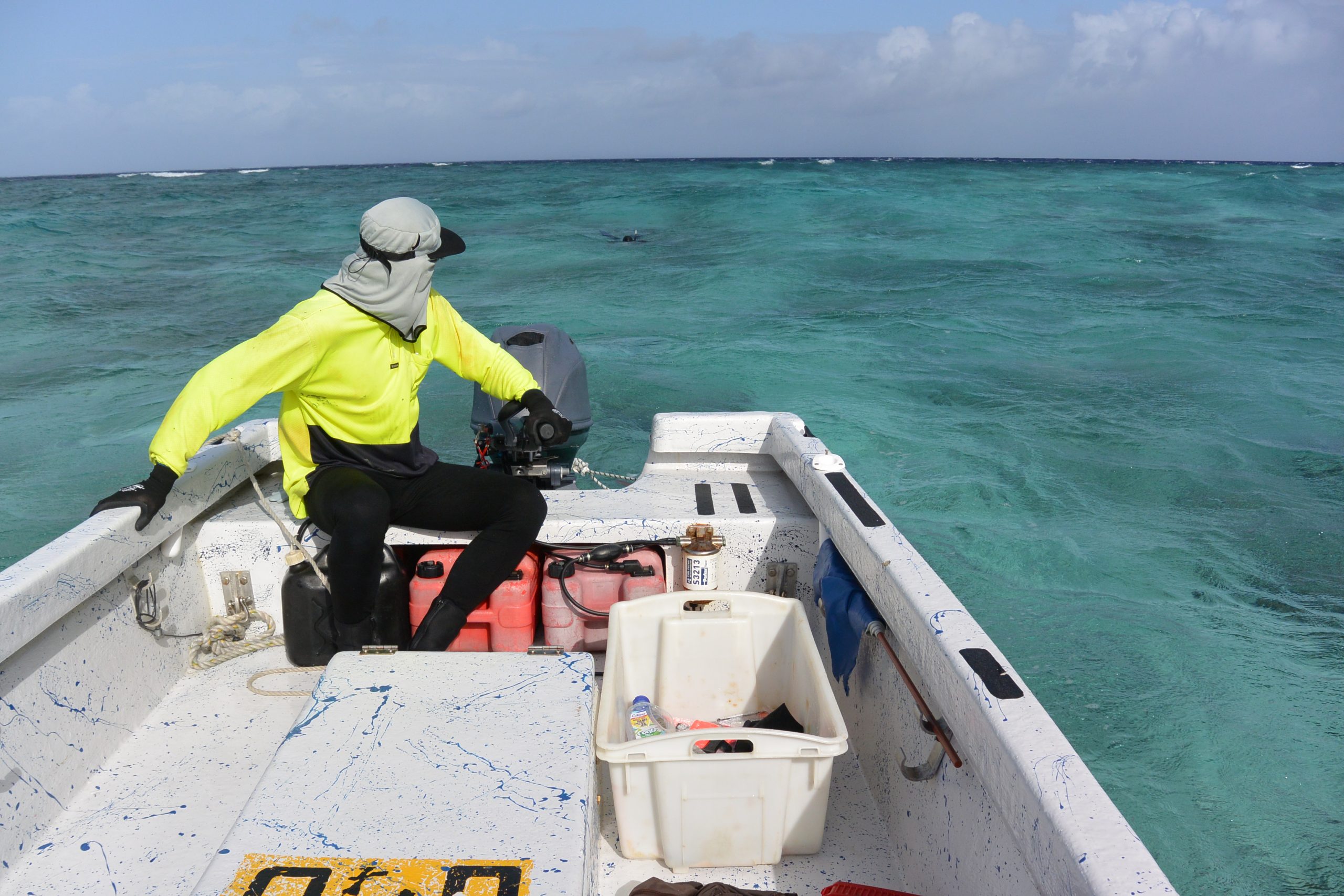 At the Eighteenth Meeting of the Conference of Parties held in Geneva in 2019, the Secretariat recommended to list Black Teatfish in Appendix II the Convention on International Trade in Endangered Species of Wild Fauna and Flora (CITES). That listing came into effect on the 28th of August 2020. Specimens being exported from Australia for commercial purposes must come from an approved commercial source, such as a Wildlife Trade Operation (WTO) approved fishery under the EPBC Act. This means that the species can only be exported under a CITES export permit, issued by the Department of Agriculture, Water and the Environment (the Department).  After a positive non-detriment finding by the Department, the fishery was granted a short 12-month export approval. One of the conditions for export was to design and implement a survey to estimate population biomass and density of Black Teatfish south of 19 degrees south (Zone 2).

This project designed and undertook a survey to estimate biomass and density of Black Teatfish in Zone 2. Both the project design and results were accepted by Queensland Department of Agriculture and Fisheries and met the WTO conditions. The estimated biomass was 6,573 tonnes.