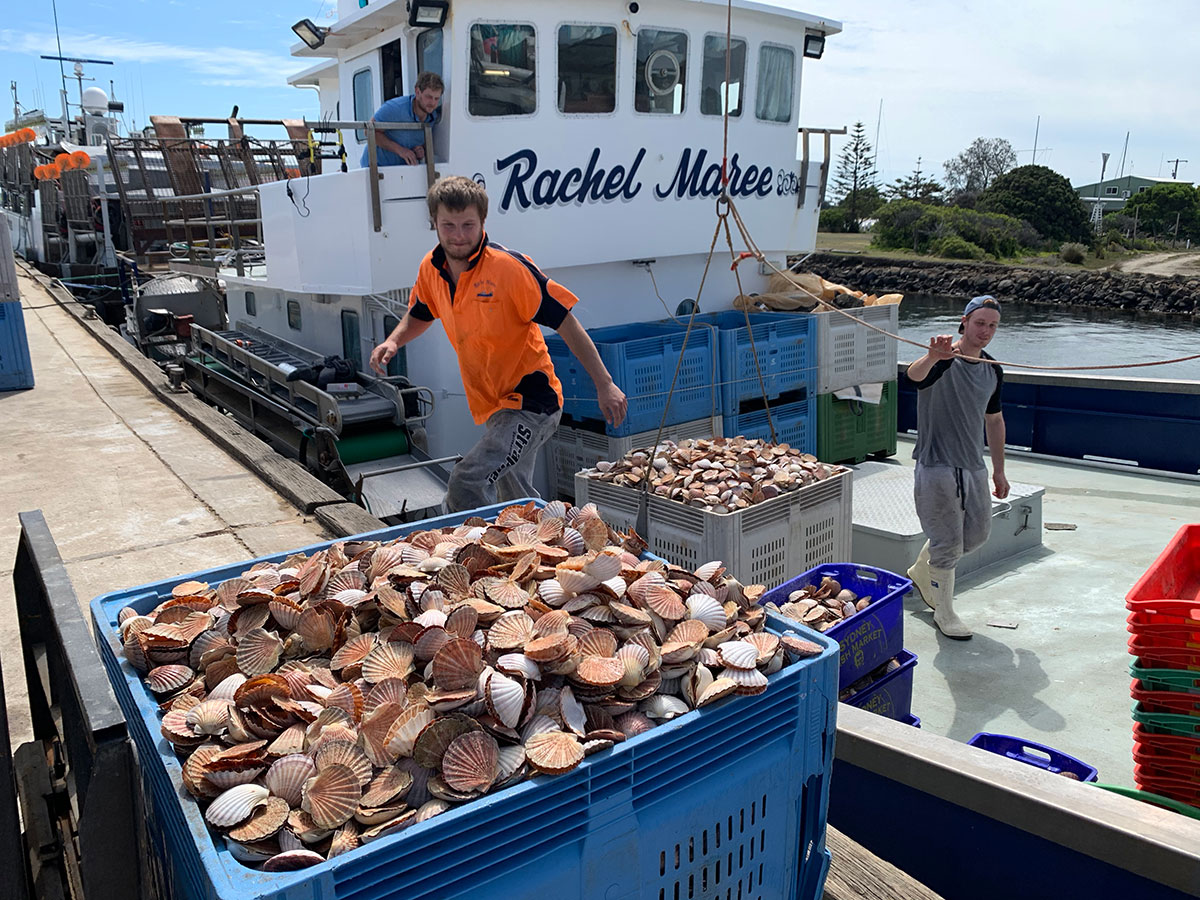 The abundance of Commercial Scallops (Pectin fumatus) in the Victorian (Ocean) Scallop Fishery area was low during the mid- to late-2000’s prompting the closure of the fishery. A series of biomass surveys revealed that there were no commercially viable scallop beds left in the fishery in 2009, and little recovery in 2012 although with some signs of recruitment. Since the 2013/14 fishing season, the TACC was increased to processionary levels.  Anecdotal information was provided to the Victorian Fisheries Authority (VFA) suggesting some level of stock recovery. This led to the VFA funding a biomass survey of the fishery during 2017/18 to inform management decisions for the following season. A wide area survey found only one bed considered suitable worthy of a focussed survey. Biomass and density in that bed were estimated, but not considered high enough to increase the TACC.

Further anecdotal reports prompted the VFA to fund a biomass survey of the fishery during 2020. That survey of a bed known as the Tarwhine Beds found a large biomass of commercially size scallops in high densities. Results of this survey were used by the VFA to increase the TACC for the first time since the 2013/14 fishing season.