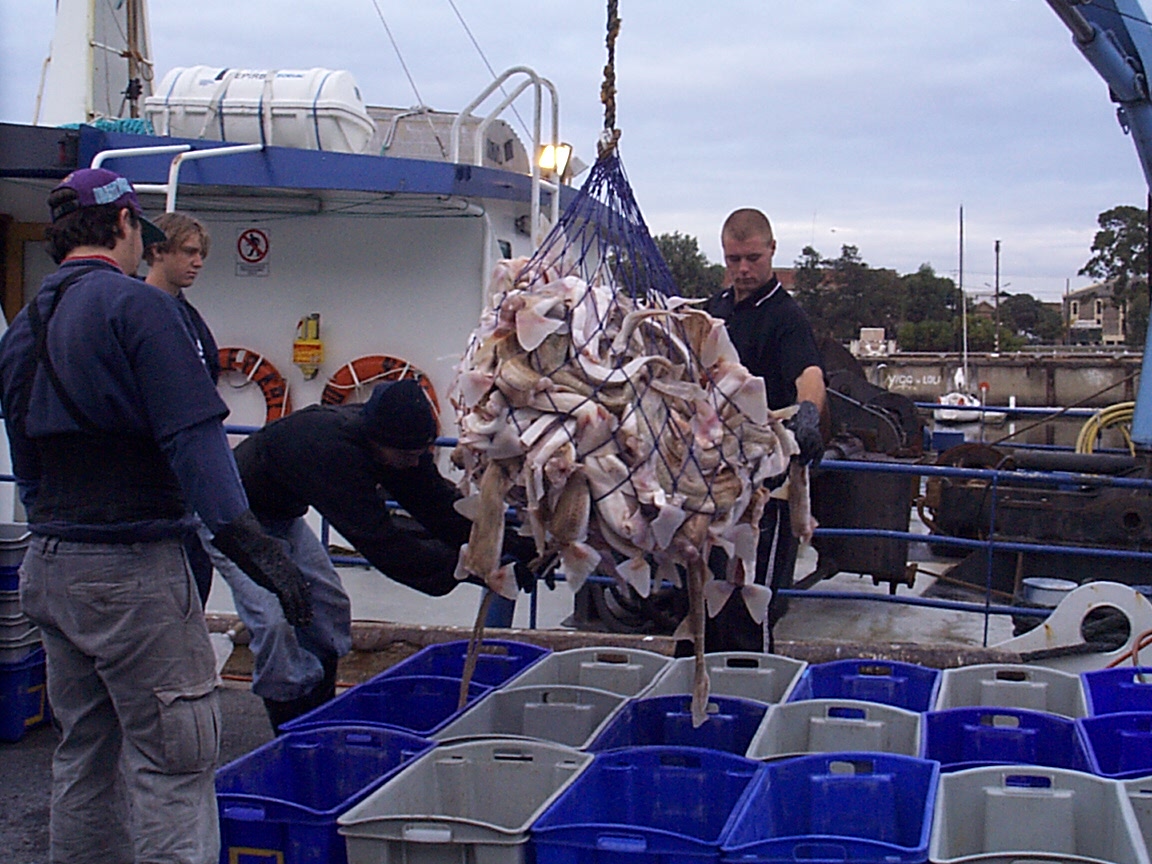 The Gillnet, Hook and Trap Sector (GHATS) of the Southern and Eastern Scalefish and Shark Fishery (SESSF) includes a gillnet fishery that primarily targets the Gummy Shark (Mustelus antarcticus). Concerns about interactions with threatened, endangered and protected species resulted in implementation Electronic Monitoring (EM) camera systems. While EM can be a cost-effective way of increasing onboard coverage of vessel operations for catch validation or compliance, there are some tasks conducted by onboard observers that can’t be replaced by an EM system such as the collection of length frequency data or estimates of discarded catch weights. These are both important data for stock assessments. This project examines the potential to obtain length measurements and discard weight estimates from video recorded by EM.

We trialled the use of calibrated measuring boards placed in the catch processing area that enabled the video analyst (from EM provider for AFMA and project co-investigator – Archipelago Asia Pacific) to estimate the length of sharks. Estimated lengths were directly compared to observer measured lengths which revealed very close agreement between measurements.

We developed a process to estimate discard weights that was evaluated by also estimating retained weight and comparing that retained weight to confirmed landed weights. This demonstrated that our process was suitable for Gummy Shak and Sawshark, but there was lower confidence in estimate for Elephantfish and School Shark.

We analysed EM footage from systems installed on 32 GHATS gillnet vessels with the aim to understand if the current camera locations were optimal for obtaining accurate estimates of shark length and discard weights. It was determined that sufficiently accurate length measurements could potentially be obtained from 26 of the 32 vessels.